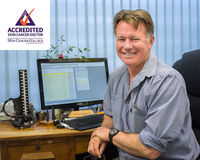 Tony came to Kawerau in 1989 and was involved with the establishment of the Tarawera Medical Centre as Kawerau’s first group practice.
He trained in Cape Town and gained a lot of experience working in a number of provincial hospitals in Kwa Zulu Natal. After initial periods rotating through Medicine, Surgery (including Plastics, Urology and ENT) and Paediatrics he spent three years as a surgical registrar doing General, Plastic and Orthopaedic Surgery, before spending a year in Anaesthetics and gaining a Diploma in Anaesthetics. Before embarking on training in Ophthalmology he came to New Zealand for a year to pursue trout and working in Kawerau resulted in a complete career change with Ophthalmology being abandoned in favour of General Practice. Twenty nine years later the initial year seems to have stretched out a bit!

Dr Antony Whitehead is available at the following service: