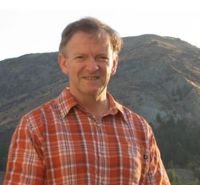 I took over the reins from Dr Michael Stephens in 2011.

I was born and grew up in Invercargill. My first introduction to the Wakatipu was a camping holiday in Kingston in 1966. I have studied at the University of Otago in Dunedin and Stanford University in Northern California. With a vision of being an obstetrician/ women’s health specialist, I worked as a registrar in Women’s Health in both Invercargill and Dunedin Hospitals while training in the RANZCOG programme.

But family practice beckoned, as did the Wakatipu. In 2007 I moved with my wife Anna to Queenstown from Dunedin, and the following year we had our son Kyle.

My interests outside of medicine include tennis, cricket, art, classical music, and anything with eight or more cylinders. God bless Adventure Tourism, but for me jumping out of a plane is something you do only if it’s on fire.

Dr Bruce McKinnon is available at the following service: