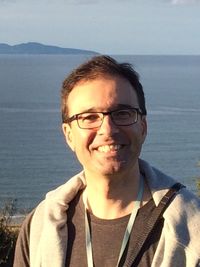 I have been working at Katikati Medical Centre since I first arrived in New Zealand in April 2018. My family and I decided to leave the UK forever and seek a new life and adventure on the other side of the world. We chose Katikati as the best area to live – and so far we have not been wrong!

We love the open, relaxed friendly atmosphere here and the beaches and bush are wonderful.

I have a wife who is French, three children at secondary school and an energetic dog who came with us from the UK.

I went to medical school in London and initially I worked as a doctor in the British Army for 10 years qualifying as a GP in 2007.

In 2009 I joined an NHS practice on the Isle of Wight off the south coast of England where I stayed for 9 yrs.

I enjoy all aspects of general practice and find the variety of conditions seen in the medical centre very interesting.

Dr David Anderson is available at the following service:

Covid Testing undertaken to enrolled patients only at Katikati Medical Centre Monday to Friday by appointment only. Please phone to make appointment.