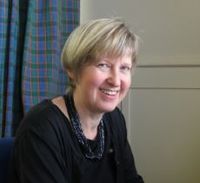 Marie was born in Yorkshire, UK. She studied for a BSc (Hons) and a PhD at the University of Birmingham, UK. In 1994 she came to New Zealand with her husband and they enjoyed it so much that they stayed. Marie initially worked as a Research Fellow in the Physiology Department, Otago University. She then went on to study medicine at Otago University and graduated in 2001 in the class of Dr Pettigrew and Dr Nukada. She worked for a couple of years at Dunedin Hospital before pursuing a career in general practice. During these years, she had some time off to have two daughters.Marie joined the team at Dunedin North Medical Centre in 2005. She completed her Fellowship of the Royal New Zealand College of General Practitioners in 2010.

When not at work Marie enjoys spending time with family and friends, running around after her children (!), tramping, gardening  and cooking.

Dr Marie Neylon is available at the following service: