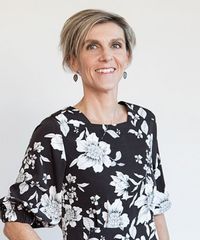 Dr Susan Oldfield completed her medical training in the UK at the University College London (UCL) obtaining a MBBS. After this, she completed her Diploma in Obstetrics and Gynaecology, and Diploma in Family Planning. She completed her GP training in the UK and is a Fellow of the Royal College of GPs. Part of her GP training involved working at Taranaki Base Hospital, working in the departments of Paediatrics, Obstetrics and Gynaecology and General medicine. She worked from 2000 to 2004 in the South of England in a few different GP practices and also in Family Planning clinics

She moved to NZ in 2004 and worked as a GP at CAREfirst until 2016. She completed her New Zealand GP qualification whilst there (FRNZCGP) She has worked as a GP locum in Taranaki over the last 2 to 3 years whilst working in her own Integrative practice. She has also recently spent 6 months in NSW working at a large integrative General Practice north of Sydney. It was here she gained considerable knowledge and experience in how practitioners of different disciplines can work together and integrate healthcare for each individual patient. She is also a Fellow of the Royal Australian College of General Practitioners.

Susan first set up her own integrative practice at the FEM clinic in 2012. She felt that combining conventional medicine with a more holistic approach offered more to the patient. Being able to utilise her knowledge of nutritional and herbal medicine and have longer consultations were also seen as major benefits. Susan and Carey set up Healthspace in 2019. Susan has had additional training in DUTCH testing, FITgenes, CBT,ACT and gut health. She enjoys seeing people to discuss hormonal issues, gut health as well as general health and well being.

Susan is married with 3 children. She enjoys spending her spare time with her family as well as playing competitive tennis, doing adventure races, running, biking, swimming, skiing and generally enjoying the NZ outdoors! Also with interests in travelling, cinema and the arts. She is currently studying Te Reo Māori.

Dr Susan Oldfield is available at the following service: