Dr Marianne Empson is an Auckland Allergy and Immunolgy Specialist.

Marianne is a graduate of the University of Auckland School of Medicine and completed her training in clinical immunology and immunopathology at Royal Prince Alfred Hospital in Sydney. After becoming a Fellow of the Royal College of Pathologists of Australasia and the Royal Australasian College of Physicians in 1994 she worked at Westmead Hospital, Sydney for four years as a specialist before returning to New Zealand. During this time she completed a Masters of Medicine (Clinical Epidemiology) at the University of Sydney.

Marianne was previously Clinical Director of Clinical Immunology at Auckland City Hospital and is currently an Honorary Senior Lecturer in Molecular Medicine and Pathology at the University of Auckland.

Marianne currently also maintains a position as Immunopathologist at Diagnostic Medlab and as a Consultant at Waikato Hospital Immunopathology Laboratory.

Her particular interests include:

What is Immunology?
Immunology is the branch of biomedical science that is concerned with the study of the structure, function and disorders of the immune system. The immune system is a complex system of organs and cells that recognises foreign material, e.g. bacteria and viruses, in our bodies and builds a defence against them.
Immunology includes: the use of vaccines to protect against diseases; the role of the immune system in non-infectious diseases such as cancer and allergies and the destruction of the body’s own tissues by the immune system (autoimmunity).
A doctor who specialises in the prevention, diagnosis and management of immune system disorders is called an immunologist.

Dr Marianne Empson welcomes the referral of anyone 14 years and over and looks forward to working with you.

When you come to your appointment, please ensure you bring your referral letter if not already provided to me, and any relevant correspondence, investigations, radiology or blood test results performed by your GP or other specialists related to your condition.

It is important to also be aware of all current or prior medications you have been prescribed, including any complementary medicines.

Marianne is a Southern Cross Affiliated Provider for the following Allergy and Immunology services :

Please contact our Epsom rooms Mon-Thurs to make your appointment. You can email us or leave a message on our answerphone.

Free patient parking is provided for patients at Mauranui Clinic. 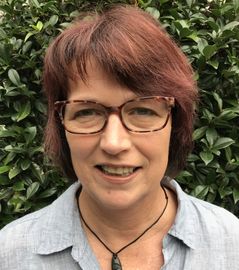 Please contact our Epsom rooms Mon-Thurs to make your appointment. You can email us or leave a message on our answerphone.

This page was last updated at 11:44AM on May 19, 2020. This information is reviewed and edited by Auckland Allergy Specialist & Immunologist – Marianne Empson.