Eczema is probably multifactorial, but it may be predominantly a deficiency in the bonding between cells in the skin.  This leaves small breaks in the skin which can become inflamed, hence the red itchy rash.

Should I stop certain foods for eczema?

There is a lot of mis-information about this.  Advice to avoid large numbers of foods can be very harmful both nutritionally, psychologically and socially, both for adults and children.  Almost all eczema in adults is not food related.  In only a small proportion of eczema cases in children should foods be avoided just because of eczema.  In most cases it is better managed by other means.

Steroid creams can be safe with excellent relief

Certain creams, such as 1% hydrocortisone, are so mild they can be put on the skin every day for 25 years without causing any skin damage.  The skin will be less damaged if steroid creams are used, and eczema kept away.

In one study, patients were randomised to normal baths, and the others to a bath with half a cup of Janola in it.  This makes the bath basically about the same chlorine concentration as a swimming pool.  Those having the bleach baths twice weekly for 15 minutes each time had a 30 - 40% improvement in their eczema.  Bleach baths work by killing a bacteria on your skin called Staph Aureus, which drives eczema.

In those patients with a positive dustmite skin test, or IgE RAST blood test to dustmite, a study has shown that eczema improves on average by about a third if they have dustmite desensitisation.  For people with only mild eczema this may not be worth it, but for those with more severe eczema, this may be valuable. 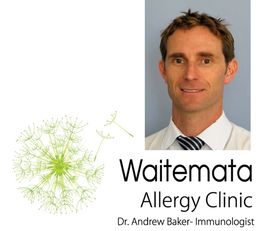