This is usually caused by a temporary malfunction of the Eustachian tube due to allergies, infections or trauma.  The Eustachian tube connects the middle ear to the nose and allows air to enter the middle ear, thus making middle ear pressure the same as air pressure outside the head.  Acute otitis media results in an infection in the middle ear causing pain, fever and a red, bulging eardrum (the thin, transparent membrane between the outer ear canal and the middle ear).  This condition is usually seen in young children.  The treatment may be antibiotics if it is suspected to be a bacterial, rather than viral, infection, or if there are repeated episodes, surgical insertion of grommets into the eardrums may be required.  Grommets are tiny ventilation tubes that allow normal airflow into, and drainage out of, the middle ear until the Eustachian tube begins to work normally.  The operation is done under general anaesthesia (the child is asleep) and takes 10-15 minutes. Most grommets fall out naturally after six to twelve months, by which time the Eustachian tubes are often working properly.

Like acute otitis media, glue ear is usually the result of a temporary malfunction of the Eustachian tube and may either follow an episode of acute otitis media or occur on its own. The condition is usually seen in children. Fluid is present in the middle ear and the ear is not usually painful, but the ear drum is not red and bulging and there is no fever. Glue ear may lead to hearing loss, which can result in speech delays, and balance problems. Treatment options include: a prolonged course of antibiotics; grommet insertion; or treatment with decongestants, antihistamines or steroids.

If the Eustachian tube is blocked repeatedly over a period of several years, there may be changes to the tissues of the middle ear such as deformity of the ear drum and damage to the bones of the ear. These changes may result in hearing problems, balance problems, and persistent deep ear pain.  If such long term damage has occurred, an operation called tympanomastoidectomy may be required. This involves making an incision (cut) behind or around the upper part of your ear, drilling through the mastoid bone and removing, and possibly repairing, damaged tissues. 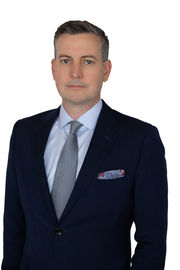