Mr Habib Rahman has been in private practice in Central, East and South Auckland for 17 years. He is a General Surgeon with special interests in the following:

Mr Rahman is employed by Counties Manukau Health specialising in these disorders.

While the name would suggest that the focus of general surgery is to perform operations, sometimes this is not the case. Many patients are referred to surgeons with conditions that do not need surgical procedures, but merely require counselling or medical treatment.
What is Laparoscopic Surgery?
Laparoscopic (or keyhole) surgical procedures are performed through several small cuts (incisions) usually only 5-10mm long, rather than through one large incision.
A long, narrow surgical telescope (laparoscope) that has a tiny camera and light source attached, is inserted through one of the incisions so that the surgeon can view the inside of the body on a TV monitor.
The surgeon then passes specially designed surgical instruments through the other incisions and carries out the procedure using the TV monitor to guide the instruments.
Laparoscopic surgery is usually associated with less blood loss during surgery and less pain and scarring following surgery. In most cases, time spent in hospital is less and overall recovery time from the operation is less than with conventional open surgery.

When you come to your appointment, your surgeon will ask questions about your illness and examine you to try to determine or confirm the diagnosis. This process may also require a number of tests (e.g. blood tests, x-rays, scans etc). Sometimes this can all be done during one visit, but for some conditions this will take several follow-up appointments. Occasionally some tests are arranged even before your appointment to try to speed up the process.

Once a diagnosis has been made, your surgeon will discuss treatment with you. In some instances this will mean surgery, while other cases can be managed with medication and advice. If surgery is advised, the steps involved in the surgical process and the likely outcome are usually discussed with you at this time.

As Mr Rahman will discuss with you, if your treatment requires surgery he usually works with Dr Michael Lorimer and Dr Simeon Eaton of Epsom Anaesthesia Group. 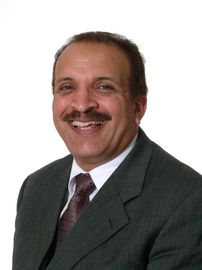 This page was last updated at 12:55PM on March 31, 2021. This information is reviewed and edited by Habib Rahman - Bariatric and General Surgeon.