Isaac graduated from Auckland Medical School in 1994 and subsequently completed advanced training in general surgery with the Royal Australasian College of Surgeons in 2004. He undertook further subspecialisation training in Breast and Endocrine surgery in Sydney in 2005. In 2006 Isaac was awarded the Genesis Oncology Fellowship to train in advanced endocrine surgery at Hôpital Huriez (CHRU) in Lille, France. The following year he was appointed as the International Fellow in Surgical Oncology at the prestigious Royal Marsden Hospital in London, where he gained further subspecialist experience in melanoma, skin and soft tissue tumours.

Isaac returned to Auckland in 2007 to take up an appointment at Auckland City Hospital as a general and oncology surgeon where his practice includes the surgical management of melanoma, breast cancer, thyroid, endocrine and soft tissue tumours.

He is - Supervisor of Training for General Surgery at Auckland City Hospital.

- Examiner in General Surgery for The Royal Australasian College of Surgeons

In private practice Isaac consults from 1 Jervois Road in Ponsonby, Mercy Breast Clinic in Epsom and the Skin Institute.

He has a particular interest in seeing patients requiring treatment in the following areas:

Mr Cranshaw is a Southern Cross Affiliated Provider for selected services including the following categories:

Free off street patient parking is provided at all three clinic locations. 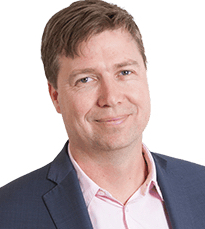 This page was last updated at 10:11AM on June 1, 2022. This information is reviewed and edited by Isaac Cranshaw - Breast, Endocrine and Melanoma General Surgeon.