After training as a general surgeon in Auckland I spent almost 2 years in Edinburgh gaining subspecialty expertise in hepato-biliary, pancreatic and gastro-oesophageal surgery.
On returning to NZ in 1992, I established the first HBP/Upper GI Unit in NZ in 1993 at Auckland City Hospital.  During the 1990s I pioneered a number of laparoscopic surgeries and set up the Surgical Skills Training Centre.
As Professor of Surgery at the University of Auckland I have a research program and I am involved in surgical teaching and training.
My surgical practice encompasses the management of the following diseases.

What is General Surgery?
The role of the general surgeon varies, but in broad terms general surgery can be said to deal with a wide range of conditions within the abdomen, breast, neck, skin and vascular (blood vessel) system.
While the name would suggest that the focus of general surgery is to perform operations, often this is not the case. Many patients are referred to surgeons with conditions that do not need surgical procedures, but merely require counselling or medical treatment.
What is Hepato-biliary and Pancreatic Surgery?
This is a sub-specialty of general surgery involving surgery of the liver, pancreas and biliary system. HPB surgeons help to diagnose and treat patients with conditions such as liver cancer (primary or secondary), pancreatic cancer, pancreatitis, bile duct cancer and gallstones.
What is Laparoscopic Surgery?
Laparoscopic (or keyhole) surgical procedures are performed through several small cuts (incisions) usually only 5 -10mm long, rather than through one large incision.
A long, narrow surgical telescope (laparoscope) that has a tiny camera and light source attached is inserted through one of the incisions so that the surgeon can view the inside of the body on a TV monitor.
The surgeon then passes specially designed surgical instruments through the other incisions and carries out the procedure using the TV monitor to guide the instruments.
Laparoscopic surgery is usually associated with less blood loss during surgery and less pain and scarring following surgery. In most cases, time spent in hospital is less and overall recovery time from the operation is less than with conventional open surgery.

When you come to your appointment, I will ask questions about your illness and examine you to try to determine or confirm the diagnosis. This process may also require a number of tests (e.g. blood tests, x-rays, scans etc). Sometimes this can all be done during one visit, but for some conditions this will take several follow-up appointments. Occasionally some tests are arranged even before your appointment to try to speed up the process.
Once a diagnosis has been made, I will discuss treatment with you. In some instances this will mean surgery, while other cases can be managed with medication and advice. If surgery is advised, the steps involved in the surgical process and the likely outcome are usually discussed with you at this time.

A cafeteria is available on the Mercy Hospital site immediately adjacent to the Cancer Centre and behind the Specialist Centre. The cafeteria has inside and outside seating under the trees.

The Auckland Transport website is a good resource to plan your public transport options.

Parking is available in the Mercy Hospital car park, and can be accessed through Entrance 3 from Mountain Road.  This is immediately beside the Mercy Specialist Centre.

Accommodation is available for patients and families.  Make enquiries directly to the following:

There is a pharmacy on the ground floor of Mercy Hospital.

Professor John Windsor is a surgeon who holds a personal chair in Surgery at the University of Auckland and is Director of Surgical Research.  He founded the Pancreas Research Group (1992), Surgical Skills Centre (1993), HPB/UGI Unit (1994), and the Surgical Research Network (2007) which now encompasses ASML (Applied Surgery and Metabolism Laboratory) and SCORE (Surgical Centre for Outcomes Research and Evaluation).  Surgical interests include the management of acute and chronic pancreatitis, pancreatic cancer, and gastro-oesophageal reflux and malignancy. His current research includes the role of toxic mesenteric lymph in the promotion of multiple organ failure, the investigation of specific mitochondrial therapies to restore cellular bioenergetics, the mapping and modulation of gastric electrical activity and the development of medical devices.  He has published over 270 manuscripts, raised $7m in grants and given over 200 invited talks in the last 6 years, including Visiting Professorships to Harvard, Oxford, Karolinska, Singapore, Capetown, Johannesburg and Delhi.  He is co-founder and a director of the start-up SIMTICS Ltd that has developed the ‘Integrated Cognitive Simulator’ for procedural and surgical skills training. In the RACS he was involved in the development of the CLEAR, Surgeons as Teachers, DCAS courses and the Academy of Surgical Educators. He recently completed a 5 year term as chairperson of the Section of Academic Surgery in the RACS (2013) and a 4 year term as Secretary General of International Hepato-Pancreato-Biliary Association (2012). Recent appointments include Chairperson of the national HPB/Upper GI Tumour Stream, member of the Clinical Advisory Board of Health Innovation NZ, and Patron TEDx Auckland.  Awarded the Butland Distinguished Medical Science Award (1997), Butland Award for Excellence in Research Supervision (2009), Tertiary Teaching Excellence Award (2009), Gluckman Medal (2012) for distinguished contribution to research in the University of Auckland, elected as an Honorary Fellow of the American Surgical Association (2012), the James IV Association of Surgeons (2013) and Fellow of the Royal Society of New Zealand (2014). 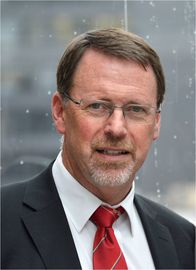 This page was last updated at 3:36PM on April 22, 2021. This information is reviewed and edited by John A. Windsor - General, Pancreatobiliary, Gastro-oesophageal & Laparoscopic Surgeon.