Katherine Sowden is a gynaecologist in private practice at Ormiston Specialist Centre. She has also been a consultant gynaecologist at Counties Manukau Health since 2004 and is currently the Clinical Leader of Gynaecology.

Katherine is a fellow of the Royal Australian and New Zealand College of Obstetricians and Gynaecologists (FRANZCOG) and is highly regarded within her specialty. Katherine enjoys the practical teaching of specialist RANZGOG trainees and is involved in oversight of guideline implementation and clinical audit.

Katherine provides a wide range of general gynaecology services including :

What is Gynaecology?
Gynaecology is the area of medicine that deals with health issues and conditions that are specific to women. This generally includes the female reproductive organs and genitalia. The reproductive organs consist of the ovaries that release an egg every month, the fallopian tubes that lead from the ovaries, the uterus (womb), which is where a baby will grow if the egg is fertilised during sexual intercourse, the cervix (opening of the uterus) and the vagina.

Laparoscopy
Many gynaecological investigations are performed by laparoscopy. This is a procedure to view the inside of the abdomen (stomach) through a specially lit type of mini telescope (laparoscope) that is inserted through a small cut in the abdomen. The laparoscope also contains a small camera that sends pictures to a screen that the doctor can watch.
Sometimes surgical procedures (keyhole surgery) can be performed at the same time. A laparoscopy is performed under a general anaesthetic (you are asleep).

Katherine is a Southern Cross Affiliated Provider for the Obstetrics and Gynaecology category. This includes: 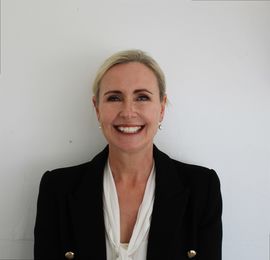 This page was last updated at 10:26AM on June 29, 2021. This information is reviewed and edited by Katherine Sowden - Gynaecologist.