There are several different types of eczema but all have a number of common symptoms, the main feature being red, inflamed, itchy skin.  The skin can be covered with small, fluid-filled blisters that might ooze and form a scale or crust.

Constant scratching can eventually lead to thickening and hardening of the skin.

The several types of eczema are caused by a number of different things, such as  irritant contact and allergies, or from unknown causes.  Determining the cause can be very difficult.

Atopic eczema
This is the most common form of eczema.  It often occurs in the first few months after birth and is a chronic condition (may last for many years). Atopic eczema is often associated with hay fever and asthma, and has a tendency to run in families.  It is also known to disappear with age.

Emotional stress, changes in climate or diet or certain fibers  in clothing (especially wool) can be triggers for atopic eczema or can worsen the existing condition.

Generally the eczema occurs in areas where the skin folds in upon itself, such as behind the knees, inside the elbows, the neck and eyelids.  It is more likely to occur in winter.

With uncontrolled itching the skin can become grazed and weepy and is a potential area for a secondary bacterial infection.  As this is more common in young children, it is important to control scratching.

There are no specific tests to diagnose atopic eczema, but a visit to the doctor is an important step. The diagnosis can be made once the rash has been viewed, based on its typical pattern and also whether an atopic tendency (i.e. eczema, hay fever or asthma) runs in the family.

There is no cure, but the following actions can help control the symptoms: 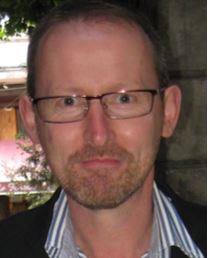