A naevus is a common skin growth composed of special pigment-producing cells. Naevi can vary in size, with small naevi requiring only simple surgery for removal, while the removal of larger naevi may require more than one operation and may involve skin grafts.

The common name for a naevus is a 'mole' which usually signifies the dark brown slightly raised compound naevus. The fleshy raised pigmented lesions are intra-dermal naevi. Blue naevi have a dark bluish-black appearance. Junctional naevi are usually 2-3 mm diameter and often very dark brown to black and sometimes look like melanomas.

The reason for getting dark moles and spots checked is that 50% of melanomas (pigmented skin cancers) may arise in or from pre-existing pigmented moles. Any change in a dark mole such as blackness, irregular edge, bleeding or ulceration should be reported to your doctor promptly. Excision of any 'suspicious' darkly pigmented lesions is generally recommended. 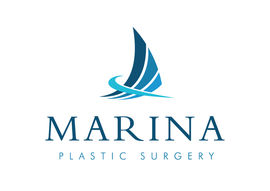