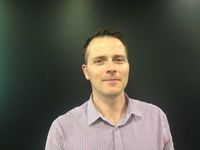 Craig graduated from Auckland University in 1994. He initially worked in Sports Medicine on a part time basis, including as a team doctor for the All Whites in 2001 and for the French America's Cup syndicate in 2003. From 2006-8 he spent two years in London, working full-time at Pure Sports Medicine, and as a club doctor at Premier League club Fulham FC. In 2009-10 he worked in Melbourne; at the Olympic Park Sports Medicine Centre, and with AFL club Geelong FC. He has since returned home to Auckland. He continues his association with O-League champions Auckland City FC as club doctor.

Dr Craig Panther is available at the following service:

For all referrals please email: referrals@axissportsmedicine.co.nz