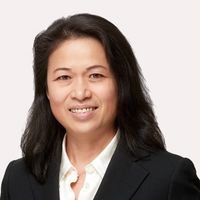 I was born in Hong Kong and went to Melbourne to complete my high school education there. I obtained a scholarship to study Medicine and Surgery at the University of Melbourne. After graduating, I spent some time travelling and had working holidays in Tasmania and New Zealand. Having decided to make New Zealand home, I completed my specialist training in Thoracic and Sleep Medicine in 2004. Following an initial consultancy position in North Shore Hospital, I took up a position as a Respiratory Physician at Waikato Hospital in 2006.

I have interests in a wide range of areas in Respiratory Medicine and hold the portfolios in lung cancers, interventional pulmonology and cystic fibrosis at Waikato Hospital. Trained in 2004 by Professor Noriaki Kurimoto in Japan, the inventor of the Olympus endobronchial ultrasound (EBUS) guide sheath technique, I was the first respiratory physician in New Zealand to become proficient in EBUS. I have been fortunate to lead the adult cystic fibrosis team since 2007 after working with Professor John Wilson at The Alfred, Melbourne. My more recent focus has been in improving lung cancer care in Waikato by collaborating with the dedicated research team at the University of Waikato.

I am also passionate about teaching and hold a role as an honorary Clinical Senior Lecturer in Medicine at the University of Auckland. I have been an examiner for both Auckland Medical School and the Royal Australasian College of Physicians. I was the president of the Asthma Waikato Society from 2007-2010.

Dr Janice Wong is available at the following service: