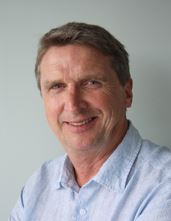 Kjell Granrud is a specialist in adult & adolescent psychiatry with 21 years of experience in psychiatry. He previously worked as a GP for nearly 8 years before he started his career in mental health. He is a native of Norway, and currently holds dual registration as a Psychiatrist both in Norway and in New Zealand.

Many GPs will know Kjell from his work as a Psychiatrist and clinical leader of the Early Psychosis Intervention Team at Counties Manukau (EPIT) over many years.

Most of his experience has been in the field of early intervention. With his Scandinavian background dictating a strong belief in getting in early, and in most cases with a view to stop the development of more serious and chronic conditions, he will offer an immediate response and a thorough assessment.

Kjell works in an integrated model based on a psychodynamic approach and a biological understanding before designing treatment. His approaches are based on a solid clinical assessment and a full line of treatment within this integrated model. This model will suit people with depressive symptoms, anxiety, bipolar disorders, as well as people who struggle to find a way out of crisis and conflicts.

Kjell is a qualified Group psychoanalyst from the model of London Institute of Group Analysis. For individuals suited to this approach, Kjell plans to offer group interventions as part of the service provided at Marina Specialists.

Dr Kjell Granrud is available at the following service:

Referrals: Referrals can be made through healthpages.co.nz or by email