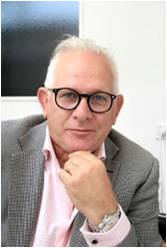 Mike Klaassen was born in Ōtāhuhu in 1956 and graduated from Otago University MBChB in 1980. He qualified as a plastic surgeon in 1990 with FRACS. He then worked in UK, Europe and Australia for 3 years. After a decade in the Waikato and half a decade in Sydney, he returned to Auckland in 2008 and opened Parnell Surgeon in April 2012.

His other interests are surgical skills training and volunteer plastic surgery in the third world. He is currently Surgical Director of a private group S3 (Selective Surgical Skills), a senior lecturer in surgery at the University of Auckland and Former Director of Surgical Skills at the Faculty of Medical & Health Sciences. From 2000 – 2008 he was an examiner in plastic & reconstructive surgery for the Royal Australasian College of Surgeons and has previously been a selector and supervisor of advanced training in plastic surgery. For his 22 years of service as a volunteer surgeon with Interplast Australia & New Zealand he was recently made a Paul Harris Fellow, by Rotary International.

Mike Klaassen is focused on personalised plastic surgery service, whether it is reconstructive, aesthetic or general. Many minor procedures can be planned for the clinic and he has accreditation at a number of excellent day stay and inpatient surgical hospital facilities for more major surgery (e.g. One Six One Gillies, Laparoscopy Auckland, Columba at Ascot, SX Hamilton and SX Brightside Hospital, Auckland). He is happy to give advice, an honest second opinion and reassurance for patients who require this.

His special surgical interest has been in :

He has also developed special skills in the correction of prominent ears in children from neonates to teenagers. Facial rejuvenation with the use of fat stem cell volume enhancement is also a technique he has mastered over more than a decade. Wounds, challenging healing problems and trauma are also keenly in his repertoire.

Mr Michael Klaassen is available at the following services:

Get in touch online