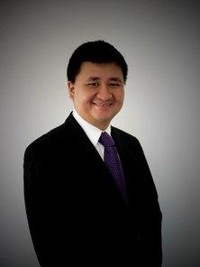 Stanley Loo is a fully trained and qualified Plastic, Reconstructive and Cosmetic Surgeon who has extensive experience in a wide variety of plastic surgical procedures. He is committed to providing care of the highest standard.

Returning to New Zealand in 2008, Stanley was appointed as a Consultant Plastic Surgeon at Middlemore Hospital where he has subspecialty interests in Cleft Lip and Palate, Microvascular Surgery, Microtia Surgery and has been instrumental in the setting up of the Middlemore Head and Neck Service and the Melanoma Unit. Stanley is also involved in the teaching of our future plastic surgeons.

Stanley is committed to research and has presented and published a number of papers and invited to participate in a number of international meetings. He has also been the scientific convener of the New Zealand Plastic Surgical Scientific meetings.

After hours, Stanley has interests in skiing, squash, cycling and spending time with his young family.

Originally from Auckland, Stanley graduated from the Auckland School of Medicine in 1995. His early medical training occurred in Auckland, Hamilton, Wellington and Christchurch in a number of specialties. He then continued on to train in Plastic Surgery in Auckland, Hamilton and Wellington gaining his Royal Australasian Fellowship of Surgery (FRACS).

Mr Stanley Loo is available at the following services: