Dr Vann was the first New Zealand surgeon to obtain the FRACS (Vascular Surgery) by examination; he trained under the tutelage of vascular surgeons who worked with Professors Michael DeBakey & Stanley Crawford.

When you come to your appointment, your surgeon will ask questions about your illness and examine you to try to determine or confirm the diagnosis. This process may also require a number of tests (e.g. blood tests, x-rays, scans etc). Sometimes this can all be done during one visit, but for some conditions this will take several follow-up appointments. Occasionally some tests are arranged even before your appointment to try to speed up the process.
After your scan and investigations, you need to make an appointment to see your surgeon again. Once a diagnosis has been made, your surgeon will discuss treatment options with you. In some instances this will mean surgery or interventional radiology, while other cases can be managed with medication and advice. If surgery is advised, the steps involved in the surgical process and the likely outcome are usually discussed with you at this time.

Outside these hours ONLY by prior arrangement.

Available for urgent GP consults/referrals - via my PA (09) 520 9543. Fax for referrals 0800 4 VASCULAR. After hours appointments also available by prior arrangement ONLY. 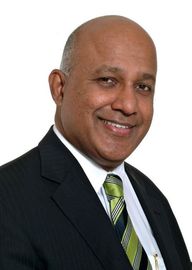 This page was last updated at 11:14AM on April 12, 2021. This information is reviewed and edited by Auckland Vascular & Varicose Vein Clinic - Dr Peter Vann.