Psoriasis is a common, recurring (keeps coming back) skin condition that is hard to treat. It is characterised by raised patches of skin (known as plaques) that are red, thickened and scaly that commonly occur on the elbows, knees and scalp, but can affect any parts of the body.
Psoriasis usually starts out as a small spot that is excessively flaky and that gradually enlarges, then other plaques start to appear.  Sometimes the flaking can be mistaken for dandruff.  These areas are not always itchy. It is unusual in children and more common in adults.
Psoriasis happens when new skin cells are produced at a faster rate than the dead skin cells are removed, thus excess skin cells form in thick scaly patches on top of the skin. The reason this happens is unknown, but it is known that: it may run in families; it may be triggered by infection, injury or stress; it is associated with the use of certain medications; and it is associated with psoriatic arthritis.
There are different types of psoriasis and a person can have more than one type at a time.
Plaque psoriasis – the most common type, which keeps recurring, or coming back, over a lifetime.  It can develop at any age. Symptoms are: plaques on the elbows, knees, nails, scalp, and behind the ears. This condition can be itchy at times.  When it occurs on the nails, it is associated with discolouration and pitting of the nail.

Guttate psoriasis – this type is more common in children and young adults and often follows a bacterial throat infection. It appears as many coin-shaped pink scaly plaques usually covering the back and chest. It can be itchy. Guttate psoriasis usually disappears over time and does not recur, although if someone has guttate psoriasis they are more likely to go on to get other types of psoriasis at a later stage.

Pustular psoriasis – a rare and potentially fatal condition that generally affects adults.  Symptoms are: small pus-filled blisters on palms of hands and soles of feet, with areas of skin that are painful, red and inflamed. Some scaling and thickening may be seen.

Inverse psoriasis – this commonly affects the elderly.  It is characterised by large moist reddened areas of skin occurring in skin folds such as the groin area, armpits and under the breasts. This type of psoriasis is easily treated, but is also recurring.
Psoriasis can be hard to diagnose as other conditions have similar symptoms.  To confirm a diagnosis a skin biopsy (small sample of skin is removed for examination) can be taken.
Treatment
Treatment can begin once a diagnosis is made and usually involves both topical (applied to the skin) and generalised treatments. There is no cure for psoriasis but treatment can control symptoms.
Topical treatments:
Oral medications such as etretinate, retinoids, methotrexate or cyclosporin can be prescribed, under the guidance of a dermatologist.
A generalised treatment such as ultraviolet light therapy may be effective and can be combined with an oral medication, which makes the skin more sensitive to the effects of light. This treatment is called PUVA or UVB and is given under the direction of a dermatologist. 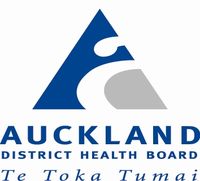