Michael East came to New Zealand from the United Kingdom in 1980 as a house surgeon and in 1983 started working as a registrar at Christchurch Women’s Hospital. He undertook specialist training in Christchurch and the UK, including a Masters degree in Obstetrics and Gynaecology at Liverpool University.
Michael is known for his dedication and passion for his work. His areas of specialisation include advanced laparoscopic techniques for endometriosis, pelvic reconstruction, hysterectomy and vaginal mesh reconstructive surgery.
In 1996 Michael was a founding member of Oxford Women's Health, Christchurch (then known as Oxford Clinic). He splits his time between Christchurch and Auckland, having recently taken over the care of existing patients on behalf of Mark Insull. He welcomes new patient referrals.
Michael has been at the forefront of developing and introducing new advanced laparoscopic techniques in New Zealand and has been involved in surgical instrument design to help perform laparoscopically assisted vaginal hysterectomy (LAVH).
Michael is married to Jane and together they have four adult children. He enjoys sailing, reading and road cycling.

What is Gynaecology?
Gynaecology is the area of medicine that deals with health issues and conditions that are specific to women. This generally includes the female reproductive organs and genitalia. The reproductive organs consist of the ovaries that release an egg every month, the fallopian tubes that lead from the ovaries, the uterus (womb), which is where a baby will grow if the egg is fertilised during sexual intercourse, the cervix (opening of the uterus) and the vagina.

Laparoscopy
Many gynaecological investigations are performed by laparoscopy. This is a procedure to view the inside of the abdomen (stomach) through a specially lit type of mini telescope (laparoscope) that is inserted through a small cut in the abdomen. The laparoscope also contains a small camera that sends pictures to a screen that the doctor can watch.
Sometimes surgical procedures (keyhole surgery) can be performed at the same time. A laparoscopy is performed under a general anaesthetic (you are asleep).

Women are usually referred to our practice by their General Practitioner or specialist.

When you phone for an appointment, Linda (our Practice Secretary) will be your first point of contact.

Linda will ask for your name, address, date of birth and contact telephone numbers and will organise an appointment for you to meet with Michael.

On the day of your consultation you may be asked to fill out a form with some preliminary questions.

Your consultation with Michael will take approximately 45 minutes.

There is a cafe located to the rear of the building on level 2.

There is ample free 90 minute parking at the front of the building for patients to use.

A fully equipped pharmacy is located at the reception area, level 1 on the ground floor. 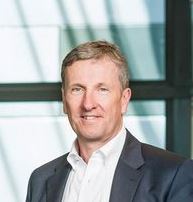 This page was last updated at 1:39PM on February 9, 2021. This information is reviewed and edited by Endometriosis Ascot.