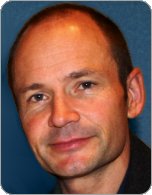 Michael completed his MBChB in 1987, before going on to practice and complete his further studies. He now has more than 20 years surgical experience, including six years in public hospitals in New Zealand and in the UK and fourteen years in private practice. In 1998 Michael set up his own consultancy, North Shore Urology.

Michael Mackey Is Auckland’s busiest private urologic surgeon. In 2007 Michael helped to instigate the purchase of New Zealand’s first da Vinci Robot at Mercy Ascot Hospital in Auckland. Since then Michael has performed over 200 procedures using this technology.

As well as being passionate about his profession and his patients, Michael also has a range of other interests that keep him occupied! He is married and has three young energetic sons.

He still manages to make some time for his sporting activities which include golf, running and mountain biking.

Michael has over 20 years surgical experience, particularly in:

Mr Mackey is an affiliate of the following Professional Memberships:

Mr Michael Mackey is available at the following services:

Surgeons can be contacted directly at their private consultation rooms.